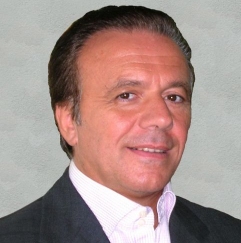 Tullio Simoncini (1951) is a roman doctor specialising in oncology, diabetology and in metabolic disorders.

When, considering the total failure of official oncology, which is obvious to all, one can understand his strongly critical position of an Italian and global medical system that operates in what is a scientific dead end that is of no help whatsoever to the patients.
Dr. Simoncini cultivates sports and takes care of his mind and body by following elementary natural rules such as a healthy diet, physical activity and the practice of moral responsibility. He favourite sports are jogging, skiing and soccer.

His tendency to medical and scientific synthesis also stems from a natural sensitivity that tends to perceive the harmony of the whole as distinct from the value of its constituent parts.  This quality is reinforced and expressed by his propensity for music, and cultivated by his practice of musical instruments such as piano and classical and modern guitar.

When a student in high school and university, his musical abilities led him to form various musical bands that toured central Italy.
Simoncini’s personality is pervaded by a strong humanitarianism, which triggered him to reflect, because of the impotence of medicine when faced by the pain of patients, on how little and inadequate medicine’s fundamental knowledge is. This empathy for the pain of others has been the constant motivator on the path of his personal life.